Home » How to Choose and Order Fresh Fish in Istanbul

How to Choose and Order Fresh Fish in Istanbul 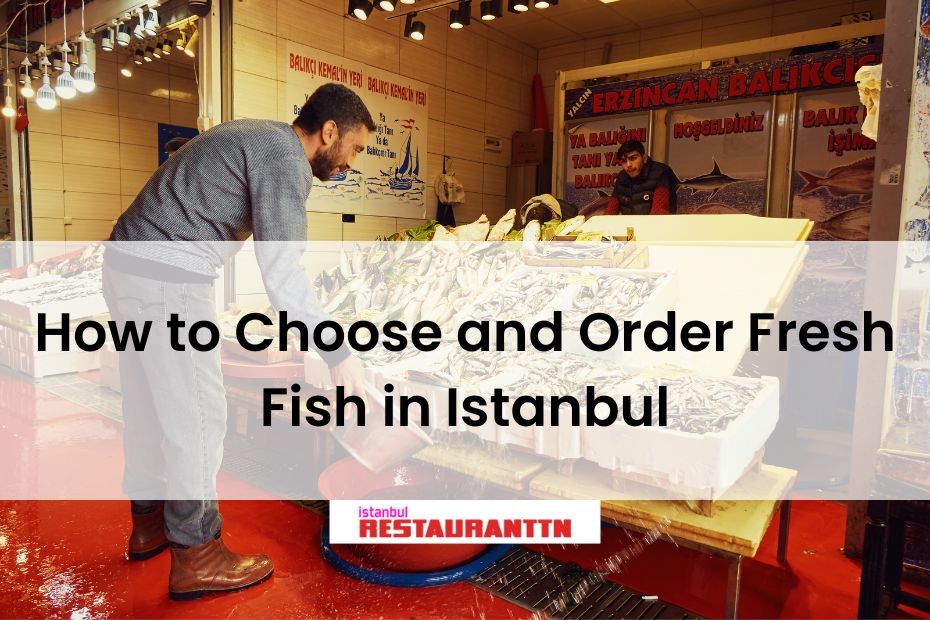 If you love to eat fresh fish, Istanbul is heaven on Earth. There are more than 20 distinct types of fish to be found in the waters around Istanbul.
While nobody will disagree about its nutritional worth, it’s vital that you choose a fresh one. I’ll tell you where to find the freshest fish in Istanbul and how to tell whether a fish is really fresh.

Turkey is a geographically lucky nation, with access to the Marmara, Aegean, and Mediterranean seas. The variety of these oceans’ features is a pleasant surprise. Istanbul’s abundance of high-quality fish eateries along the Bosphorus, many of which have breathtaking views, is a welcome addition to this selection.

When it comes to seafood, Istanbul is a city of natural gifts. A variety of tasty fish is available throughout the year. Anchovies, horse mackerel, and little bluefish are popular choices among locals for use in home cookery.

An overview of fresh fish by month is provided below

The Black Sea fish that spend the summer in the Marmara Sea migrate back there in October. As a result, not only are there many of them, but they’re also high-quality. The ocean cools down after the month of December. This results in healthier and tastier fish. Even if you visit Istanbul in the dead of winter and the sun doesn’t warmly greet you, you can still have some fresh fish.

When Should You Buy a Fish?

The majority of establishments prominently showcase their seafood selections. You are always welcome to inspect and choose the fish yourself if you so want. Everything that fish should and should not have is listed here.

Is fish from the wild or aquaculture better?

It might be confusing to be asked, “Natural sea (me sim bal) or farm fish (çiftlik bal)?” at a fish restaurant. Apparently, there are some distinctions, but neither is superior or inferior. It really boils down to a matter of preference or taste.

Fish raised in captivity have a pampered existence in comparison to their wild counterparts. Being fed healthy food on a daily basis has resulted in increased size and fat content. In addition to being fatty, their flesh is tender. The cold storage and transit help their meat maintain its quality for longer.

Fish in the wild have to compete for scarce resources and defend themselves against predators. Strong muscles mean their skin is more toned. They become more vibrantly hued as a result of exposure to a wider range of colours in the wild. Their natural, seaweed-like odour is a result of their diet, which is based on the natural food chain. The wind, the sun, the flapping of a large crowd, and the presence of various fish all have an impact on the quality of their flesh.

There are six distinct names for blue fish, from the smallest to the largest. Some of the most popular are: